They made a bright start and took an early lead thanks to a clinical finish from Charlie Ebdon after a flowing passing move.

Both teams played some delightful football, but it was Clyst who struck again with Ebdon getting on the end of a pin-point Harry Crees through-ball before tucking the ball beyond the Warriors’ gloves man.

Two then became three with providing turning scorer as Crees netted and there was still first-half time left for Ebdon to complete a first-half hat-trick to send his side into the break leading 5-0.

The second half saw a Warriors comeback and Lucas Vickery reduced the arrears before an Alistair Mounoury goal rounded off the scoring with Broadclyst good value for a 5-2 victory.

Bradninch then took to the pitch to play Sidmouth Raiders with both teams deplete by Easter holiday absences.

Raiders struck first with a powerful strike from Archie Melville-Harris and the same player double lead before Melville-Harris completed hi shat-trick and Henry Tanner also got on the score sheet in what was a 5-3 Raiders success. The Bradninch goals were scored by Nat Bishop, Charlie Chubb and Euan Phillips.

Bradninch and Sidmouth Warriors were next to play and a powerful home side scored 11 goals with Bradninch managing three of their own.

The Warriors scoring honours went to the impressive Lucas Vicary with six and there were two goals each from Lucas O’Connor and Ethan Isaac and a single from Alistair Mounoury.

Nat Bishop and a double from Euan Phillips saw to the Bradninch goals.

To round off the morning, Broadclyst took on Sidmouth Raiders and Clyst made a slow start. However, they scored first with Theo Howard the scorer before young Ebdon scored his fourth of the morning to make it 2-0. Howard struck again to leave Clyst 3-0 up at the break.

Raiders were first to find the net in the second half with Archie Melville-Harris the scorer. A Harry Crees double put Clyst 5-1 to the good before an Edward Mills goal gave Raiders their second.

The final word was had by Jack Bauer who scored from close range to round things off for Broadclyst who enjoyed a fine 6-2 win.

View the original story on The Midweek Herald’s website.

Guess who left his car keys in a friends car?

Guess who left his car keys in a friends car? 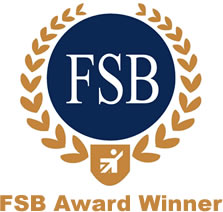 This site uses cookiesFind out more